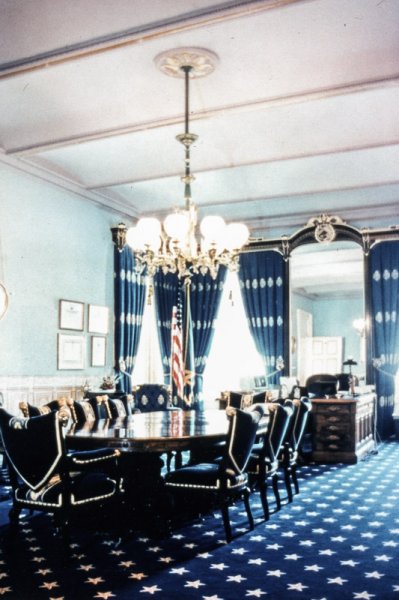 This project included historic reproductions of 1860's-era, original bronze gasolier chandeliers for the restoration of the Andrew Johnson Suite of the U.S. Treasury Building in Washington, D.C. which was completed in 1993.  One six-arm and one nine-arm chandelier, in addition to several wall brackets, were created at Joseph Art Castings from shop drawings provided by the Curator of the U.S. Treasury Building, Ms Jane Barton.  This included nearly five hundred individual parts which were then cast in bronze and assembled by Joseph Art Castings foundry in Joseph, OR, co-owned and operated by Shelley Smith Curtiss.

Because of the excellent quality of the elaborate, griffin-headed, bronze fixtures, Shelley and her partner were invited by the curator to be guest speakers at the National Historic Preservation Council in Washington, D.C.  There she gave a presentation on how the intricate parts were reproduced and cast by the investment, lost wax method along with the green sand casting method.

The following link is a C-Span program "Treasury Building Restoration, Part 1", February 17, 2011 in which one can view the Andrew Johnson Suite and see the prized chandeliers and wall brackets.  To see only this segment of the video, begin at time 14:49 and continue to the end of the video, 30:49.

It may be noted that Shelley and her foundry artisans inscribed their signatures inside the two large bronze chandelier globes to commemorate their long and arduous task, revealed only if the fixtures are one day disassembled. 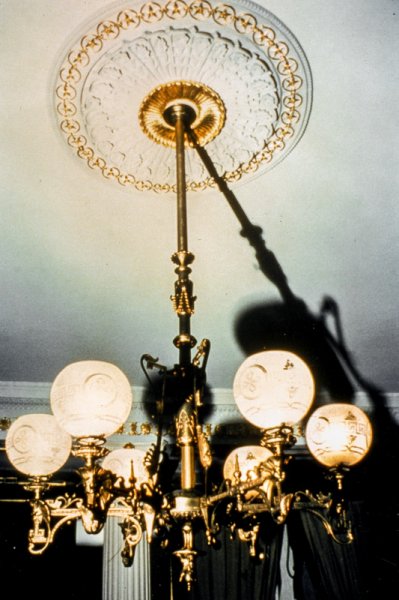